Beautiful Caribbean islands like Sint Maarten/Saint Martin face the same problems faced in larger countries where natural areas on land and along the coast are degraded from development activities, pollution, storms, and more. A valuable intervention is the act of “restoration” where biologists, volunteers, funders and landowners replant trees, nurture soils, remove pollutants and debris, restore historic flow ways and monitor the project’s impact. The goal is to allow nature to thrive. Habitat restoration such as planting mangroves and other trees means cleaner air and water, improved protection from storms, and an abundance of wildlife, including fish, corals, and birds. The community benefits from the ecological services provided by thriving natural areas such as access to healthy food sources (like fish), support of economic endeavors (like marine industries), and access to beautiful places for recreation and relaxation (like a day at the beach).

This project resulted in increased biodiversity at the restoration sites when compared with pre-restoration assessments and, as the new plants mature into large trees, an increased carbon sequestration. In addition, 1,253 participants had a personal experience with a restoration project and likely learned more about the nature on their home island. This project was completed in partnership with Rainforest Adventures and funded by BEST 2.0 Program of the IUCN, GlobalGiving, BirdsCaribbean Hurricane Relief Fund, Prince Bernhard Culture Fund, and donors to EPIC’s Irma Recovery Fund.

(Link to video of the same name on YouTube channel https://www.youtube.com/watch?v=uvlCGOdiACM&list=PLgS74Hs7pOseiDANeVrabtd_flra5hk06&index=10&t=6s and there’s also a publication associated w/it)

EPIC biologists and volunteers planted 300 mangrove tree seedlings on Little Key Island in the Simpson Bay Lagoon in December 2017 ;in 2020 most of the plastic supports for the seedlings were removed and the site is full of life. This project was funded by BEST 2.0.

In 2004, a total of 500 Red Mangrove trees were planted in the waters surrounding Grand Ilet in the Simpson Bay Lagoon by over 50 volunteers. With a 70% tree survival rate, the site is now a thriving mangrove forest. In addition, new seedlings were recorded growing among the red mangrove roots. This evidence of recruitment of new trees, potentially from the very trees which were planted, offers great hope for the long-term establishment and growth of a mangrove forest at this site. 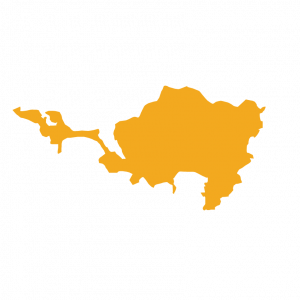 This project is located in Sint Maarten

Sint Maarten is one of four countries that are part of the Kingdom of the Netherlands. What other two Caribbean islands are in this group?

Back to Sint Maarten 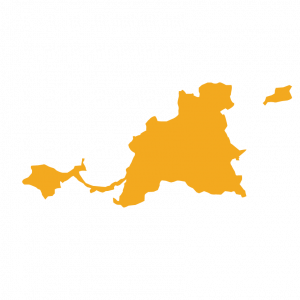 This project is located in St. Martin

Sint Maarten/Saint Martin (Dutch/French) is one of only two Caribbean islands shared by two sovereign states. What is the other one?

Back to St. Martin