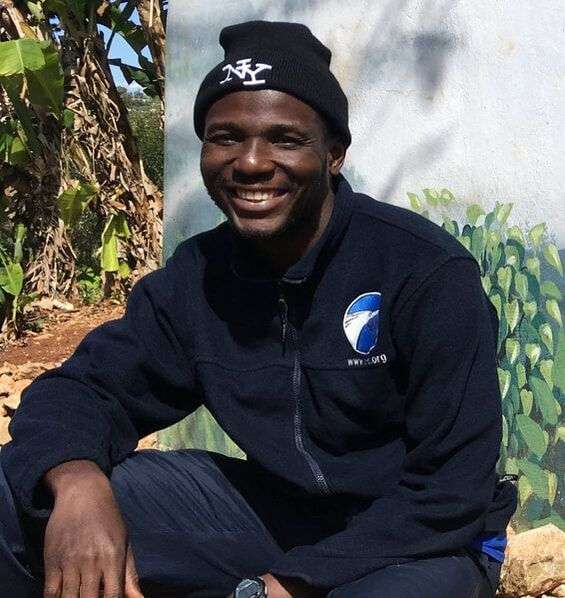 Anderson’s EPIC Story
One of the leading conservationists in Haiti, and a trained agronomist, Anderson understands the importance of a balanced ecosystem. A natural leader, he confidently guides EPIC’s Black-capped Petrel conservation program in Haiti to implement sustainable farming, educate the next generation of farmers, and monitor the status of one of the only known breeding colonies of this endangered seabird.

Anderson’s Bio
Anderson Jean overseas all aspects of the Black-capped Petrel program in Haiti, including nest monitoring efforts in La Visite National Park, the youth outreach and pride campaigns in Boukan Chat, and keeping track of all on-going Black-capped Petrel conservation efforts throughout the island nation. Born and raised in Les Cayes, Haiti, Anderson attended the American University of the Caribbean in Les Cayes where he received his Bachelor of Sciences in Agroforestry and Environmental Sciences.

Anderson has completed research projects on numerous endangered species throughout Haiti as part of his foundation, Jeunes en Action pour la Sauvegarde de l’Ecologie en Haïti (JACSEH). He was a former staff member for the Société Audubon Haiti. Anderson has worked for EPIC since 2013 and currently lives with his wife and children in his home country of Haiti.