A recent analysis of climate change impacts for Sint Maarten shows how major storms, which are increasingly common, will have a profound effect on the Small Island Developing State (SIDS) of Sint Maarten in the Dutch Antilles. Two students, Wessel Sikking and Dirk J.F. Maas, from the Institute for Environmental Studies at VU in the Netherlands, presented the results of their thesis research to government and non-profit stakeholders on July 5, 2022.

Using flood models based on a 1 in 100-year event, which is roughly the flooding intensity that will be equaled or exceeded on average once every 100 years, the analysis showed that between 18 and 20% of the predicted damage is observed where ponds have been filled in.

This finding corroborates EPIC’s long-standing support for the protection of ponds which are important for biodiversity protection of plants and animals, but also because these natural catchment areas reduce flooding. The report advises the government of Sint Maarten to revise their spatial planning policies for these wetlands in light of their flood-reducing role.

The study predicted that annual damage estimates to Sint Maarten from major storms are USD $3 million. The research also showed that Great Bay and Simpson Bay are the districts that would feel the biggest impacts; the Lagoon waterfront alone, in a worst-case scenario, could expect to experience USD $40 million in losses. By the year 2100, a worst-case scenario could result in 47% of Philipsburg and 29% of Cole Bay being flooded. 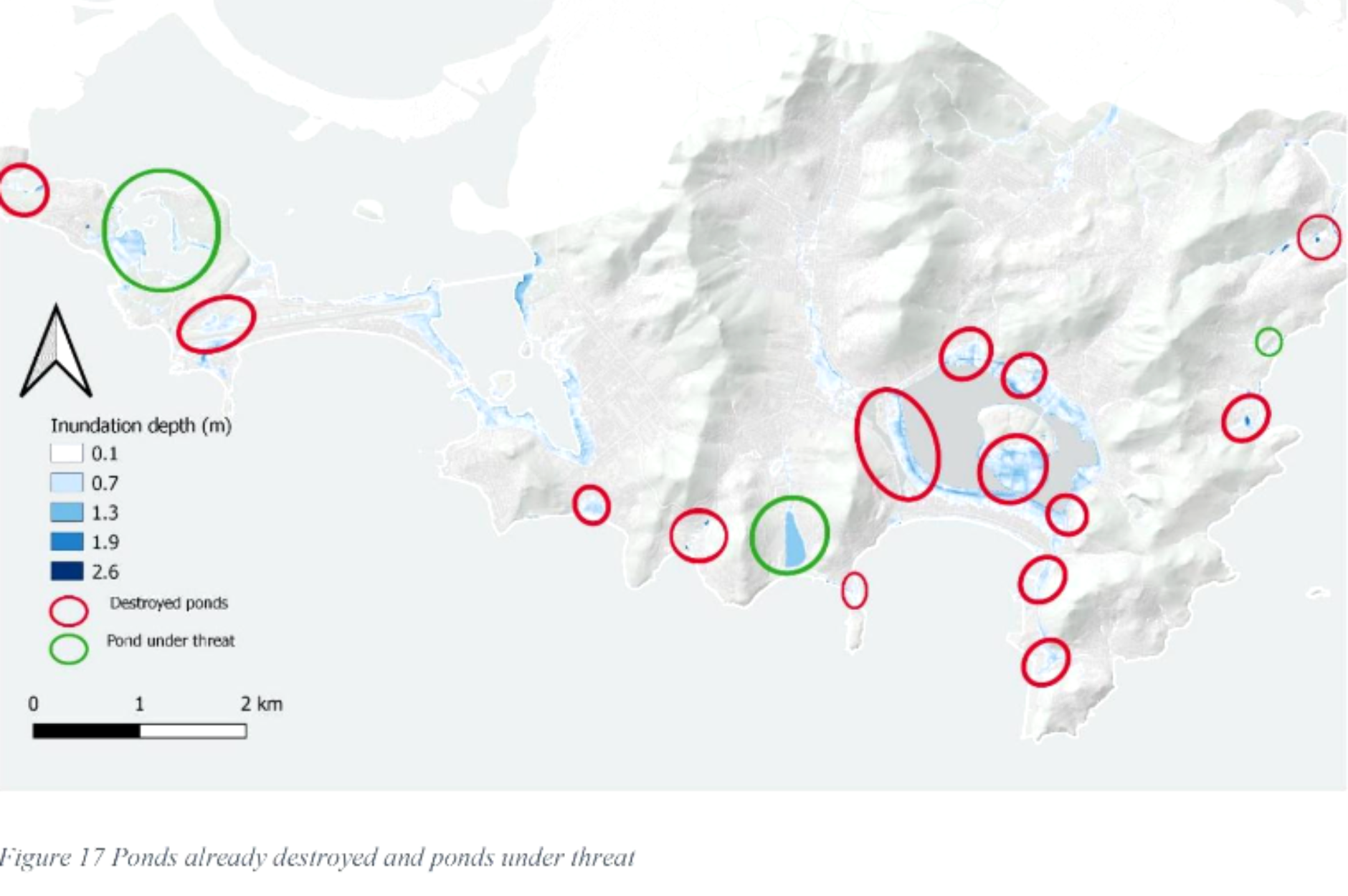 The thesis also included constructive ways to mitigate predicted losses, such as through building green infrastructure, which are strategies that store and treat storm-water using nature such as rain gardens and bio-swales. For example, mangrove restoration could decrease predicted flooding by 69% for the year 2100. The study notes “without flood adaptation measures, the effects of flooding could be catastrophic. However, if adaptation measures were successfully implemented, the risk of flooding could be substantially reduced.”

These thesis internships were supervised by the Ministry of Public Housing, Spatial Planning, Environment & Infrastructure (VROMI) with housing provided by EPIC.