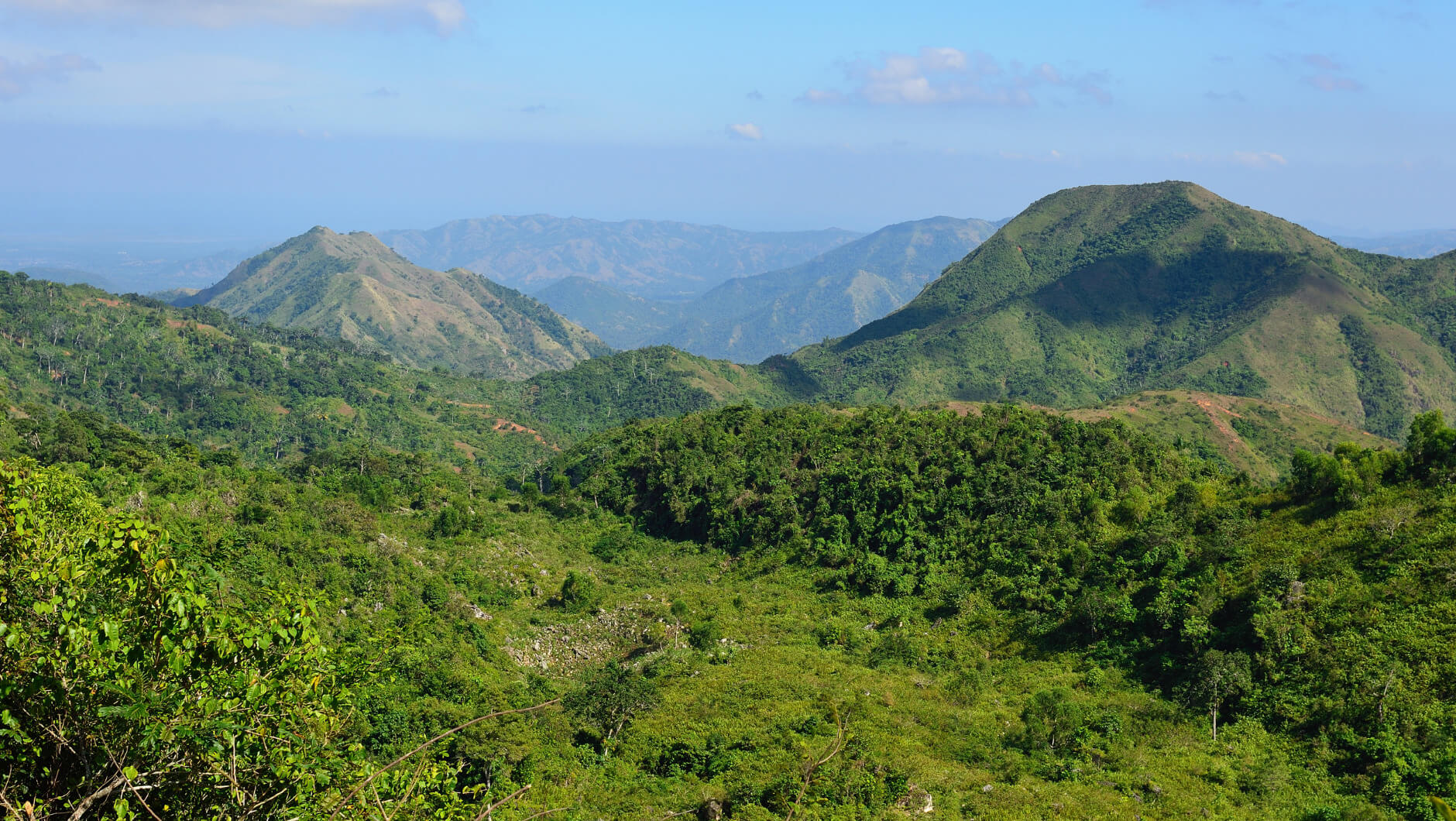 Co-Founder of the leading Haitian conservation organization Action pour la Sauvegarde de l’Ecologie en Haiti (ACSEH) and Environmental Protection in the Caribbean’s (EPIC) Haiti Project Manager for the Black-capped Petrel Conservation Program, Anderson Jean, has been chosen as the 2022 Bright Award Winner. The Bright Award is given annually to an “individual who has made significant contributions in the environmental preservation and sustainability area.” 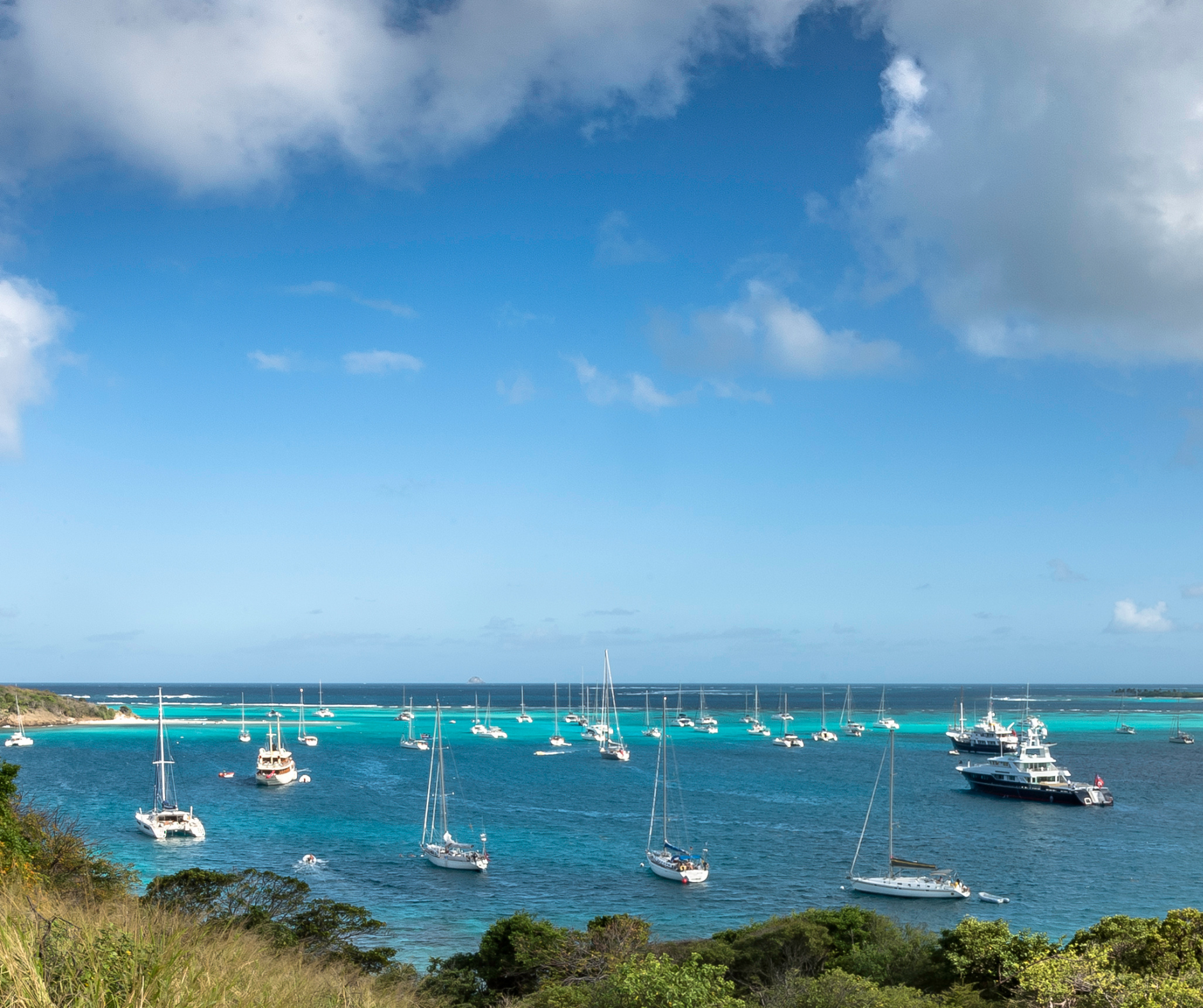 Caribbean seabird field work is rarely without its challenges: rough seas, foul weather, impenetrable thickets of thorny bushes, and brutal heat. Now we can add festivals to our list! We do this vital work because we care about seabirds and want to ensure they are here for generations to come. 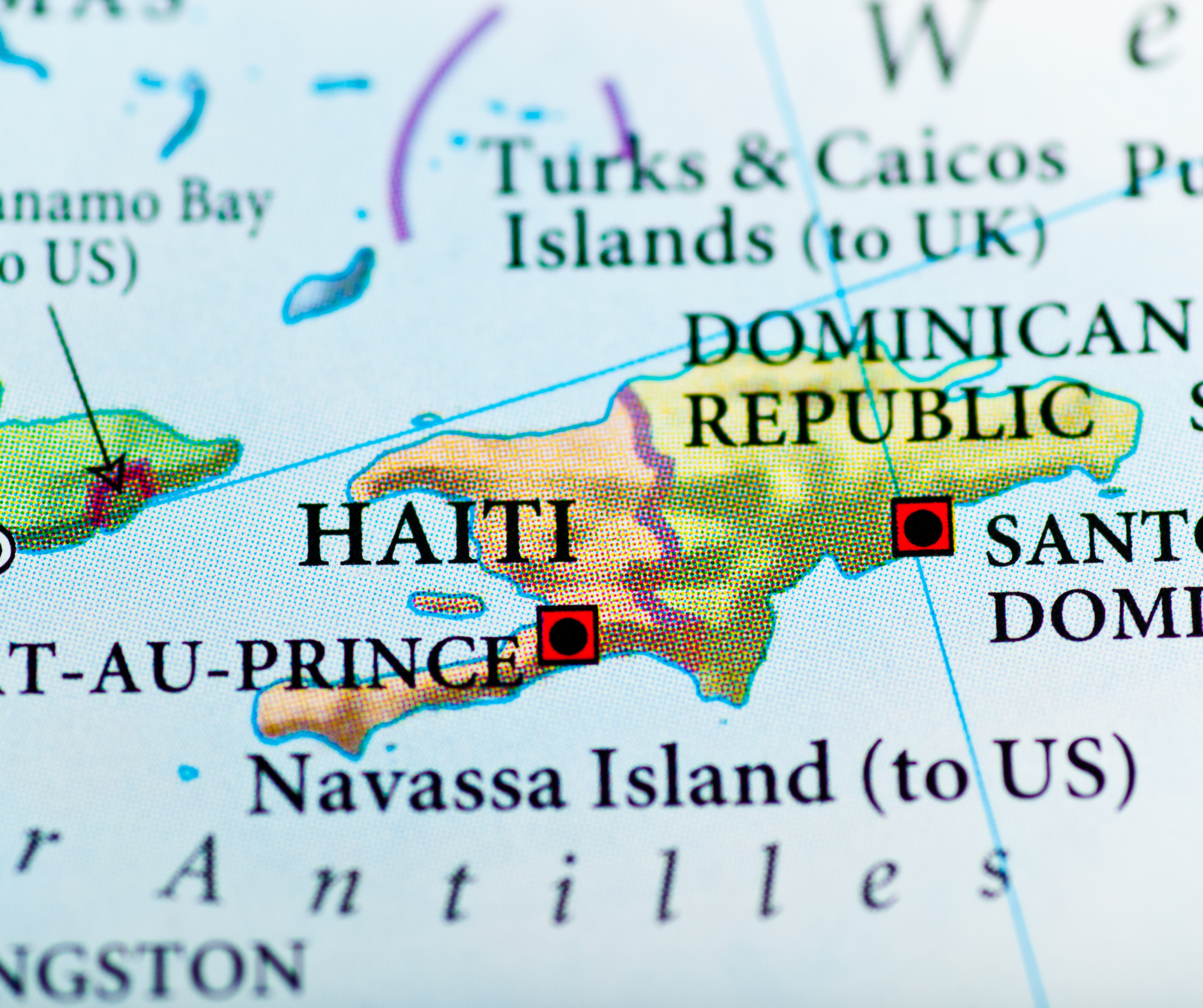 At sunset, off the island of Hispaniola, an adult Black-capped Petrel circles over the Caribbean Sea, waiting for darkness. It’s under the cover of darkness that this species flies inland and heads to its nesting grounds on the high forested peaks of the island. Some nights the petrels will accidently strike hazards, falling to the ground stunned, often never being able to continue their journey to the nesting grounds. 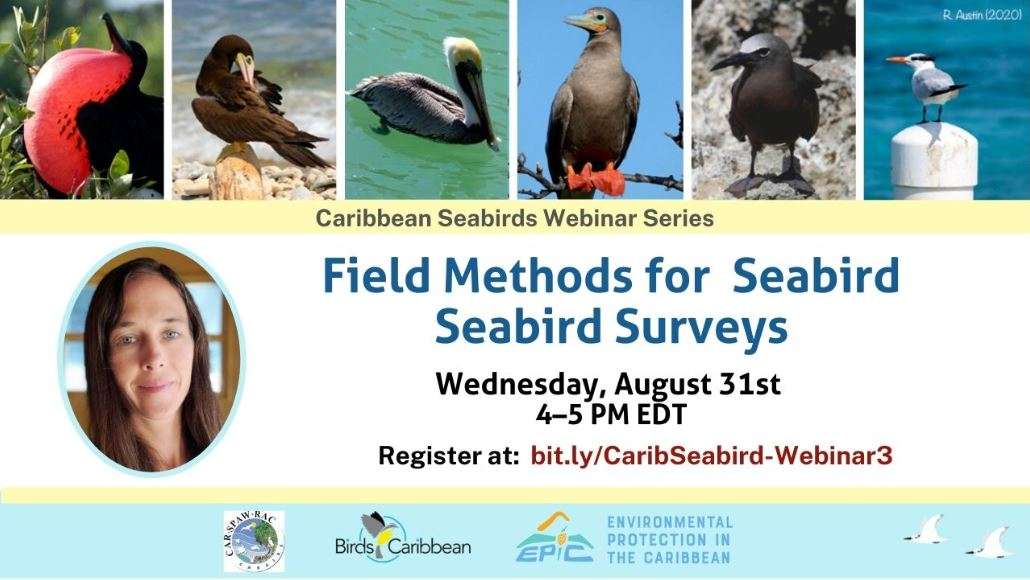 A step-by-step will be helpful for figuring out how best to monitor seabirds from land or sea in a variety of habitats. A team of experts will be on hand to answer your questions. Register at bit.ly/CaribSeabird-Webinar3. 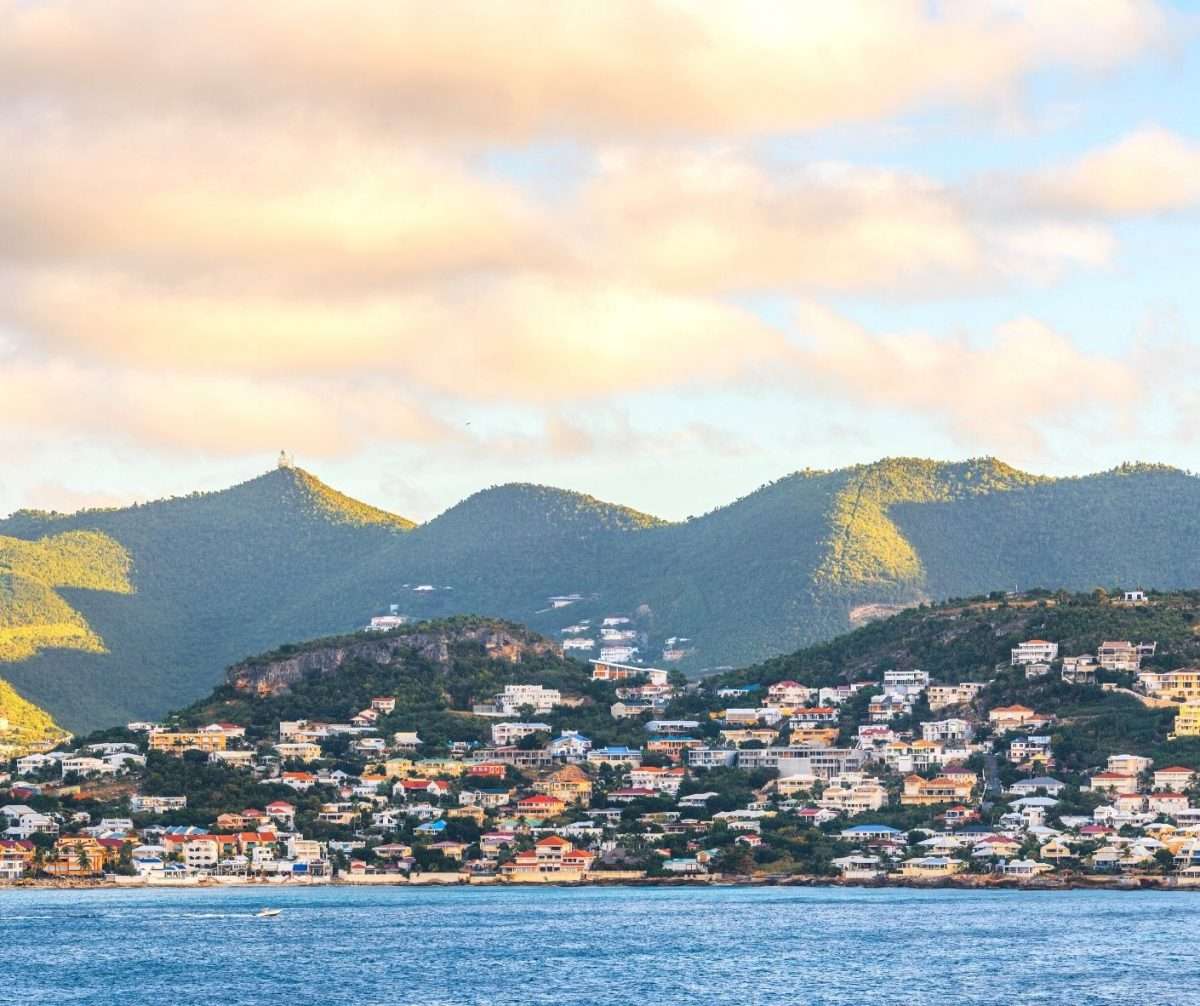 EPIC is seeking a part-time Project Coordinator for the project “An investigation of the state of Sint Maarten’s brown pelican population, for improved management of the species and its habitat.” The Project Coordinator is responsible for the successful completion of project objectives and meeting grant requirements. The long-term goal of this project is to improve management of natural resources for the preservation of biodiversity on Sint Maarten, particularly Sint Maarten’s brown pelican (Pelecanus occidentalis occidentalis) population and associated habitats. 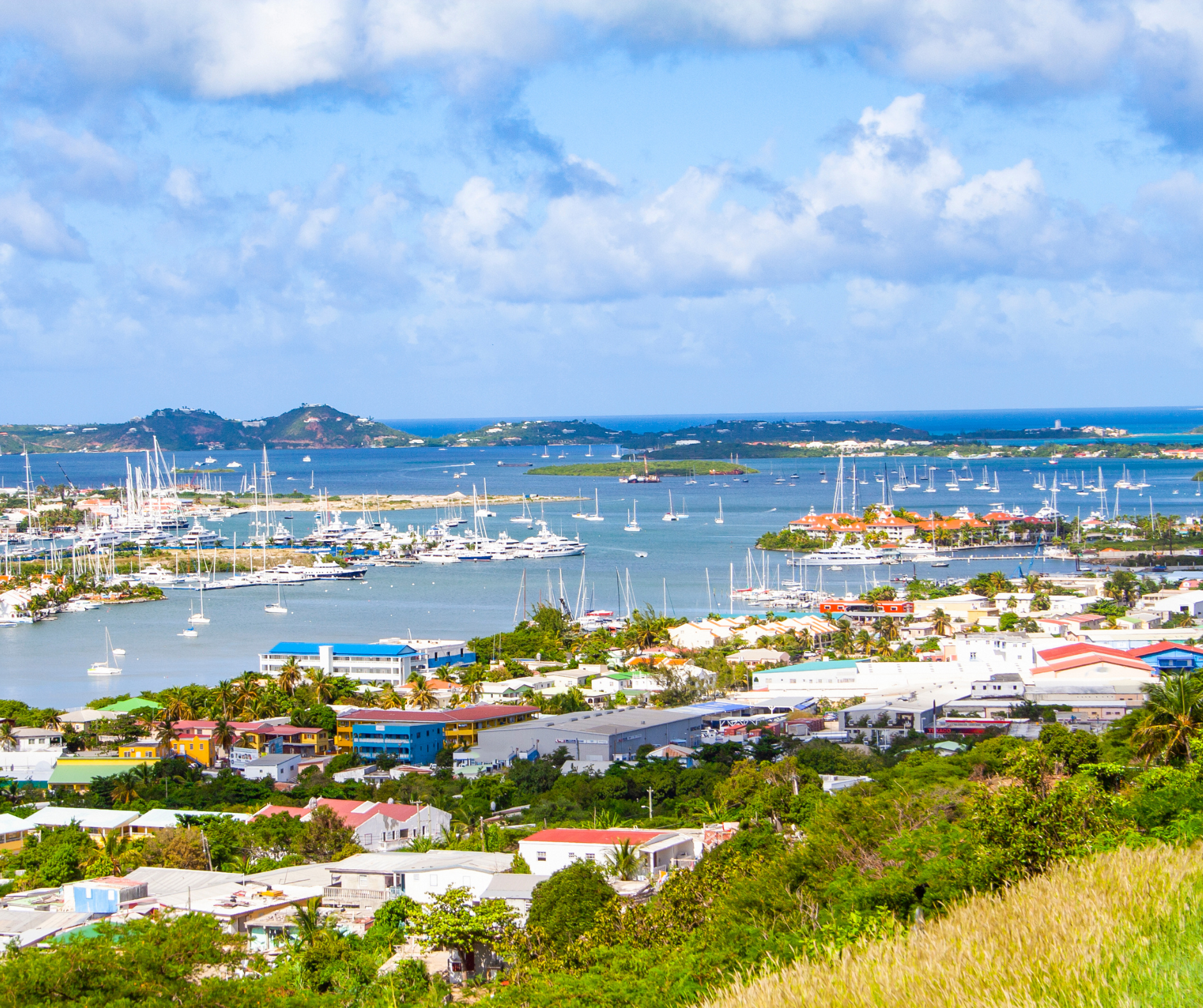 A recent analysis of climate change impacts for Sint Maarten shows how major storms, which are increasingly common, will have a profound effect on the Small Island Developing State (SIDS) of Sint Maarten in the Dutch Antilles. Annual damage estimates to Sint Maarten from major storms are USD $3 million. And by the year 2100, a worst-case scenario could result in 47% of Philipsburg and 29% of Cole Bay being flooded. 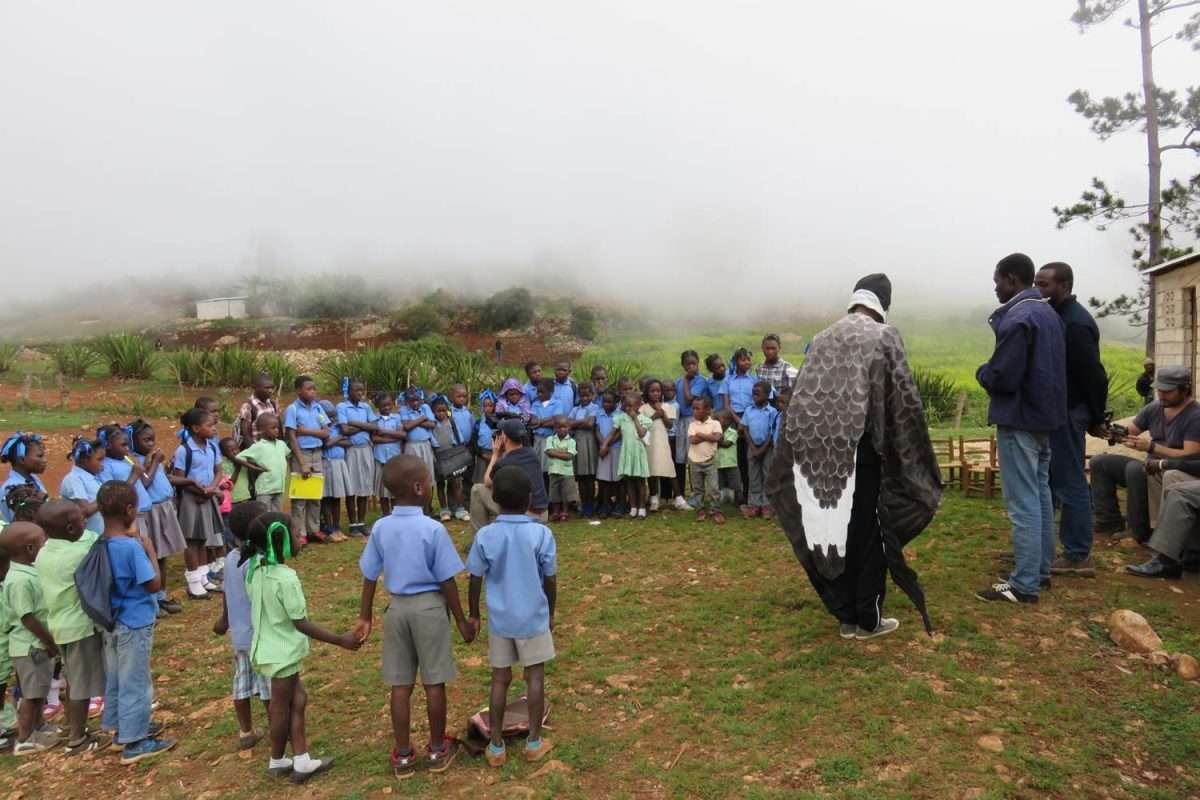 It’s a bit dark in the classroom as there is no electricity for lights in the village of Boukan Chat, Haiti. The children have settled into the small school building at the center of town. Dressed in their school uniforms, sitting on wood benches, they wait for the teacher to start class. They hear a commotion from the back of the dark room and turn to see a six-foot tall Black-capped Petrel walk into the room flapping its wings. 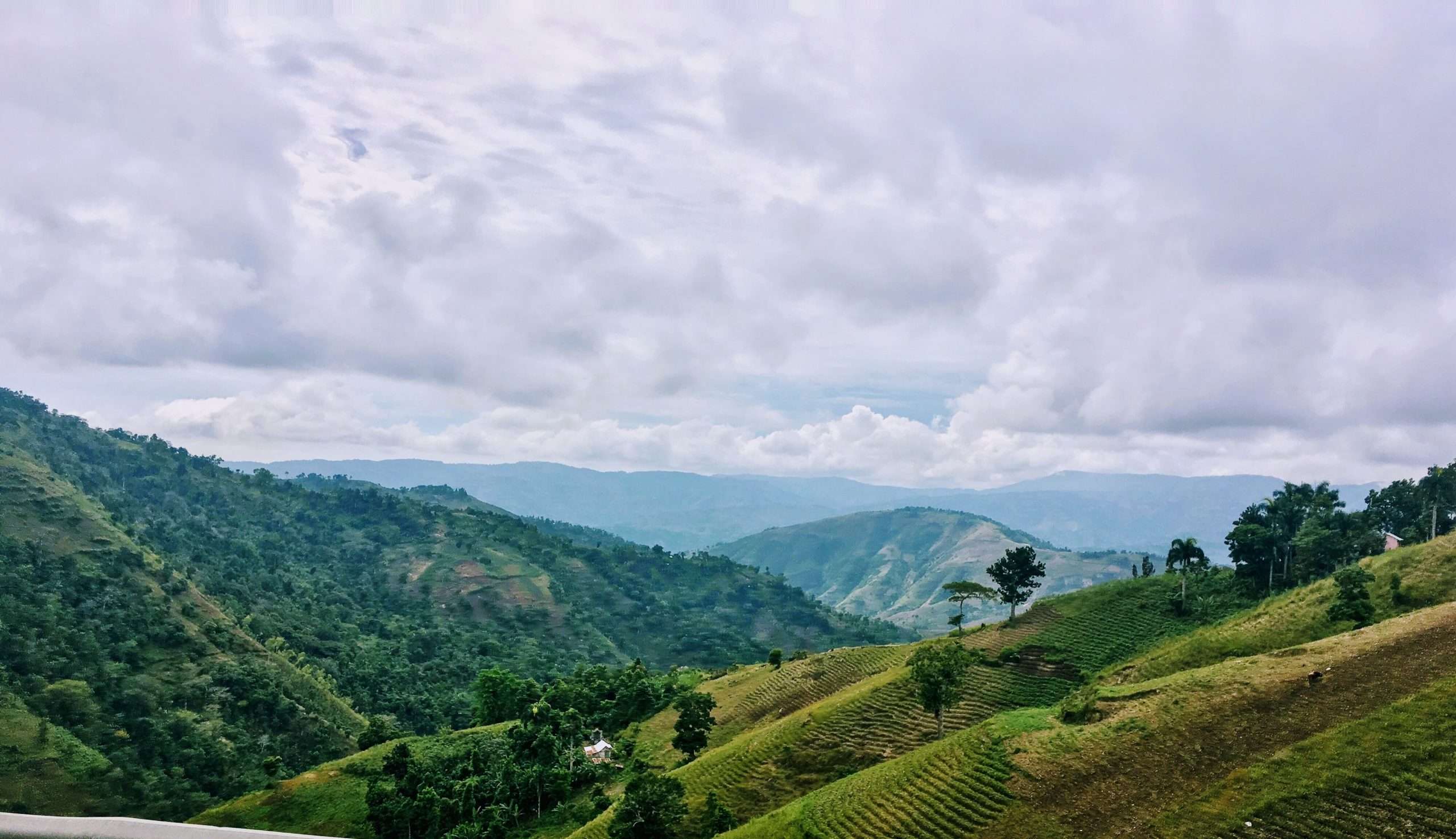 In May, a small team of Haitian petrel biologists pulled out of the small dusty town of Jacmel, and headed their pick-up truck northeast. They eased it up the heavily rutted road to begin their expedition to see if endangered Black-capped Petrels nested on the mountain called Pic La Selle. Due to the remote nature of that area, few biologists had visited it for more than 60 years, when some of the first known Black-capped Petrels in Haiti were found there by David Wingate during expeditions in 1961 and 1963. 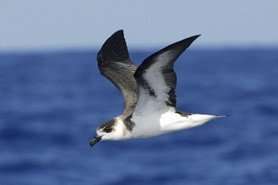 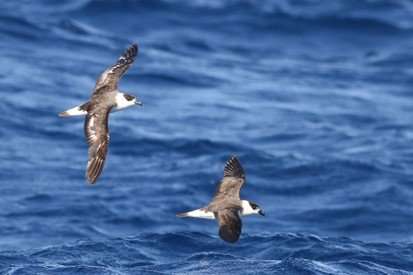 “Conserving the Diablotin” informed by a decade of exploration and research January 28, 2022—The Endangered Black-capped Petrel is a seabird so secretive that ten years ago, only one active nest had ever been located and monitored. Despite this tremendous gap in knowledge, the International Black-capped Petrel Conservation Group created an action plan in 2012 to […] 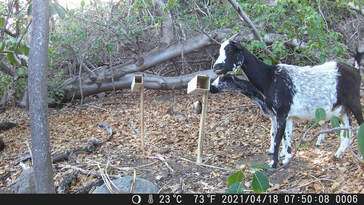 Deciding which sites are most important for restoration takes a community effort. The knowledge and experience of Working Group members are crucial for making informed decisions. In this case, the subject was non-native mammals that damage island biodiversity and…

Monitoring wildlife can be challenging in remote or difficult to reach places. The use of an Unmanned Aerial Vehicle (UAV), also known as a drone, is one method for ensuring that local enforcement agencies can monitor and protect wildlife, such as seabirds which nest on uninhabited islands in the Grenadines. Learn more…

Seabird Threats Caught on Film in the Grenadines 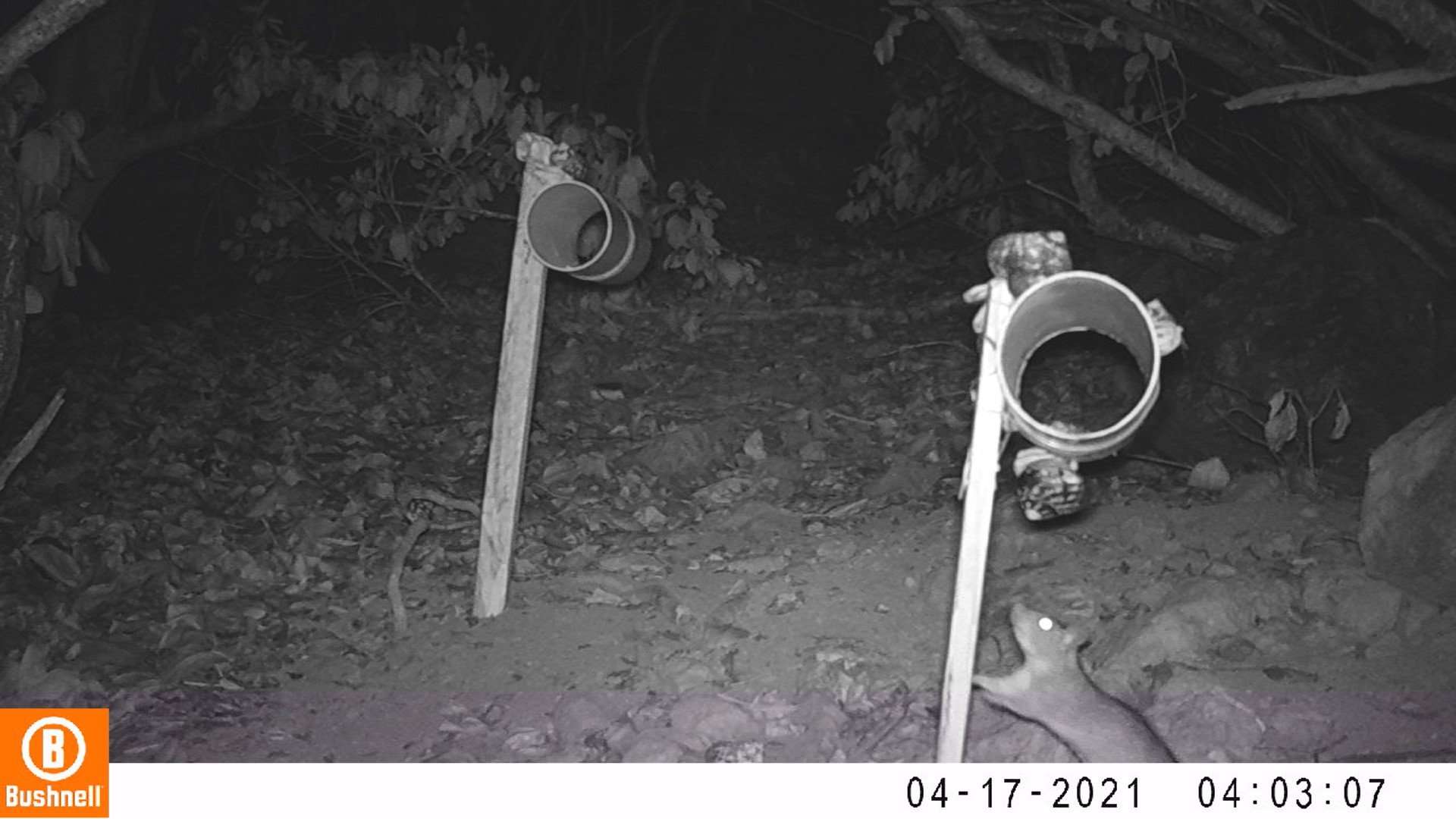 Invasive mammals, such as cats, rats and mongooses are known threats to seabirds throughout the Caribbean and beyond. Detecting them on remote, offshore, and difficult to access islands is challenging, yet it’s crucial information for conserving these imperiled birds. EPIC and Ocean Spirits Inc. joined efforts to survey seven islands in the Grenadines using trail […] 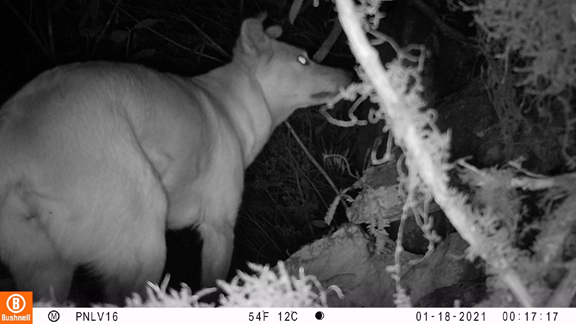 ​It is a cold and windy night along the La Visite Escarpment in south-central Haiti. The clouds form and then dissipate as they stream along the rocky faces of the nearby mountains. The wind gusts come and go and when it calms down a bit, you can hear the frogs calling and the mournful wail […] 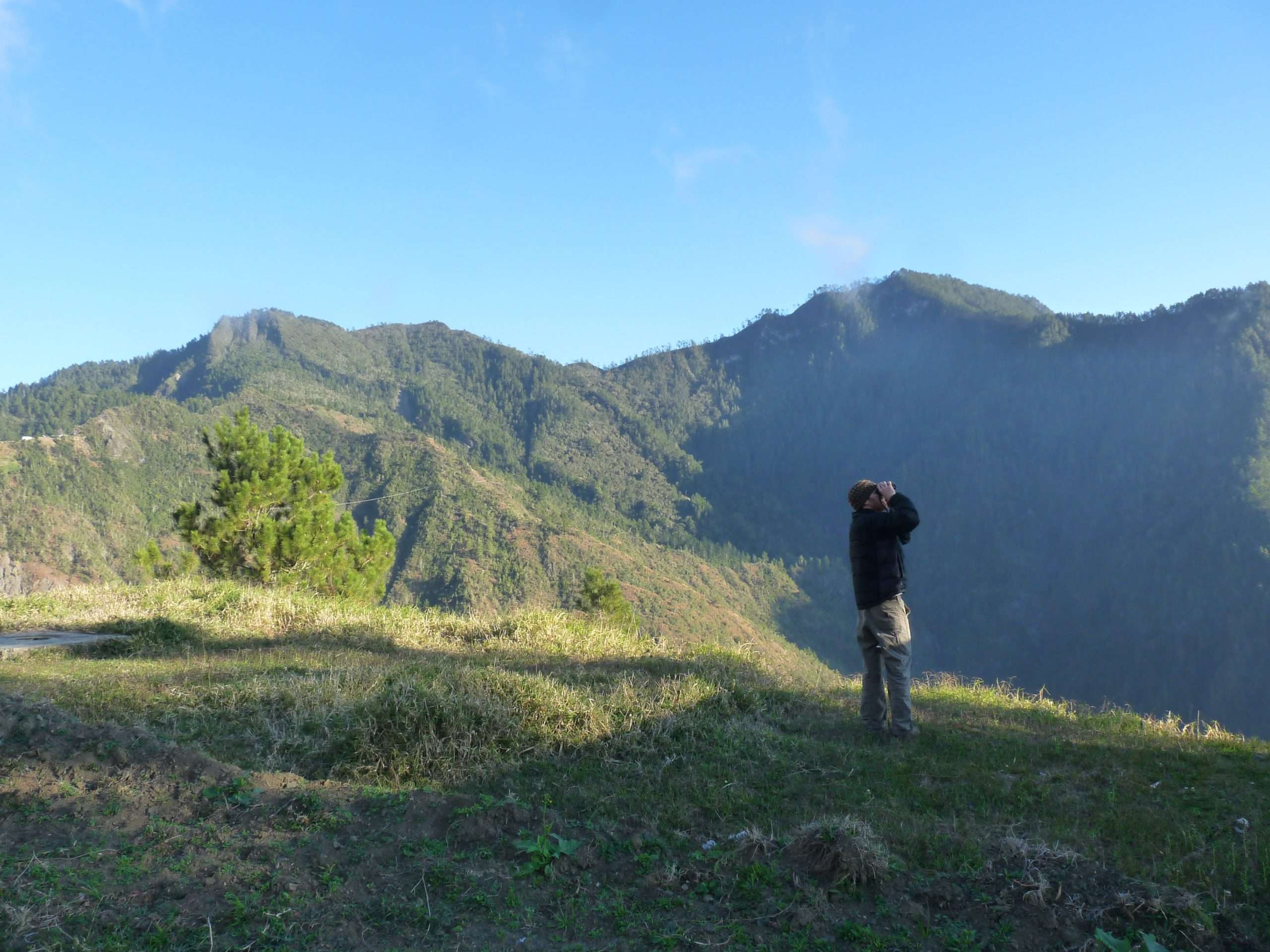 EPIC continues to be a leading advocate for the conservation of the endangered Black-capped petrel in the Caribbean region. Our program for the species touches on all aspects of conservation for this seabird including searches for new nesting areas, monitoring of known nesting areas, working with communities to preserve petrel nesting habitat, incorporating petrel natural […]